A solar panel is constructed as a series string of discrete solar cells (or potentially parallel array). Each cell of the series string has its own series resistance and shunt resistance in addition to the diode junction. Loosely speaking one can construct a circuit equivalent model of a solar panel as shown in the figure below.

We begin naming the internal voltage across the series string of diodes node \(V_X\). We then apply KCL at \(V_X\) as,

Solution of the above equation requires use of the lambert-w function and is far from trivial. We may also solve the equation numerically in Matlab. Sample Matlab code is shown below,

The results from the simulation code above are shown in the figure below. 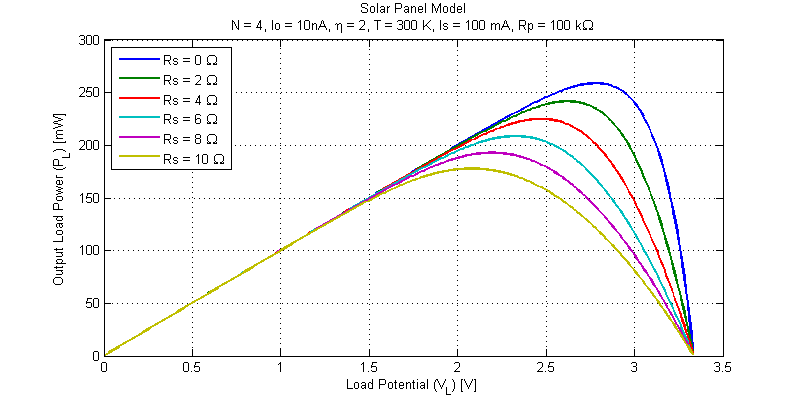 We can first note that the panel open-circuit voltage is unaffected by series resistance (this makes sense as with no load current there is no voltage drop across the series resistance \(R_S\)). A second plot focusing on the MMP of the various simulation runs is shown in the figure below. 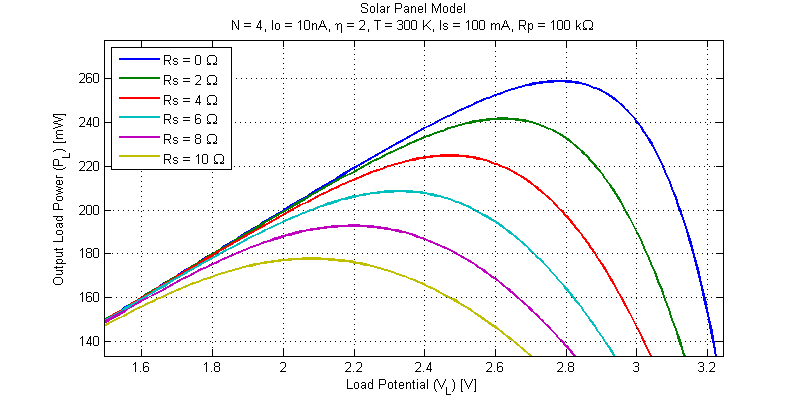 The maximum point for each simulation run is shown in the table below.

We can observe that to a first order the decline in output power is approximately equal to the \(I^2R\) losses of the series resistor \(R_S\).