Continuing on from the analysis presented in low-noise-high-psrr-ldo-transconductance-gm-block, a simplistic trans-conductance amplifier can be constructed as shown in the figure below. 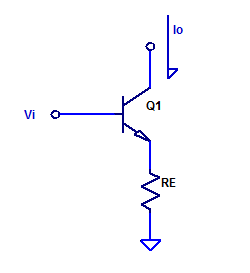 For evaluation purposes, a \(g_m\) of 1 mA/V is chosen arbitrarily. The resistance of Re is then simply,

Emitter resistor Re is selected as a \( 1 \; k\Omega \) metal film axial through hole resistor.

Resistor Re was measured for resistance using a 4-wire setup, its value was determined to be:

Transistor Q1 is selected as a BC546, based having existing stock on hand.

Construction of the gm-amplifier is done on a single layer copper clad FR4 board. 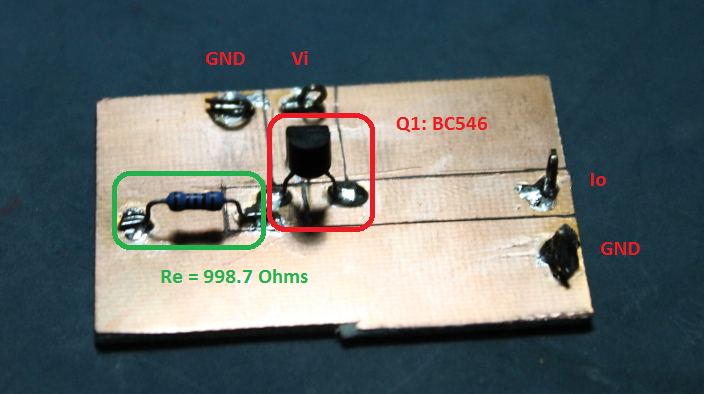 A wiring diagram of the measurement setup is shown in the figure below.

The DUT’s collector potential is biased for nominally 12 V, via bench power supply Vs1. Output current from the gm amplifier is measured with ammeter Am1. Control input voltage is measured with voltmeter Vm1.

Bench supply Vs1 is programmaticly steped from 0 VDC to 5 VDC in 50 mV steps.

The V-I response of the gm-amplifier is shown in the figure below. 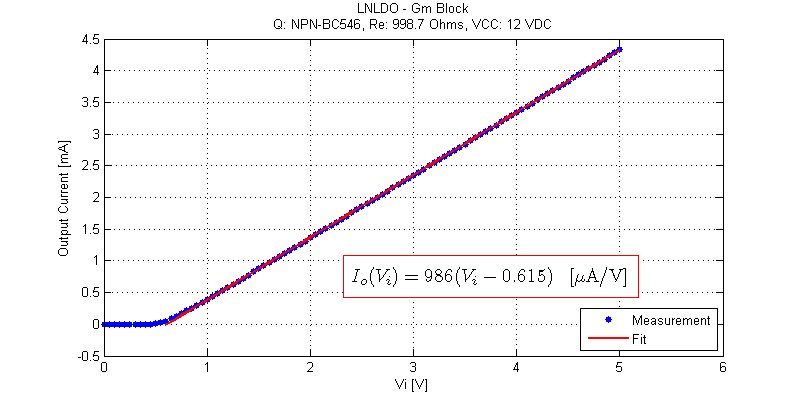 Linearity of the gm-amplifier is shown in the figure below. 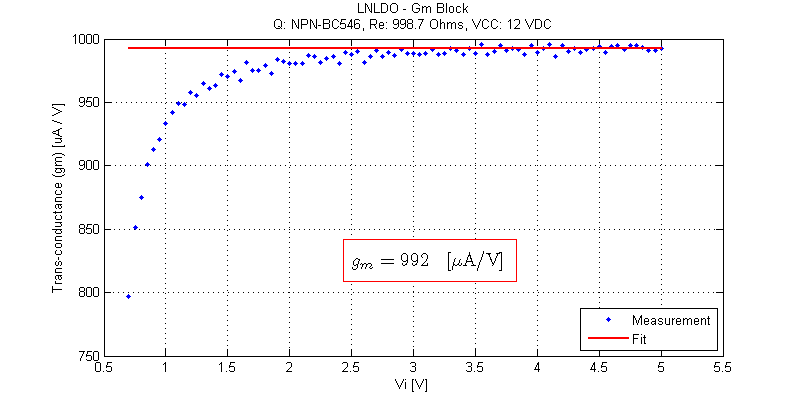 The measurement data can be found as a csv file below:

File is formatted as,
Input Voltage [V], Output Current [A]