The Butterworth filter is an interesting filter in that its origin is based on the desire of a particular magnitude function. Butterworth (S. Butterworth, the Engineer in the 1930’s) demonstrated that the magnitude-squared function of

has many admirable properties for use as a low-pass filter. To maintain consistency with Butterworth’s original paper and most academic treatments of the Butterworth filter, the filter is described as a prototype filter with unity gain and a cutoff frequency of \( \omega_c = 1 \) rad/s.

-At the corner frequency \( \omega_c = 1\) rad/s, the magnitude response is always

-The magnitude response over frequency is monotonic (i.e. flat or decreasing) , thus no ripple.

In order to realize a filter with the magnitude-squared response described above, we must solve for the transfer function H(s) and consequently the poles of H(s). The magnitude response of the Butterworth filter is the following

The roots of the denominator of \( |H\left( s \right)|^2 \) contains the poles of H(s) as well as the poles of H(-s) which is a reflection of H(s) into the right-half-plane. The cumulative set of poles for both H(s) and H(-s) are the values of s which satisfy the relation

When n is even

has the solution of

For the case where n is odd

has the solution of 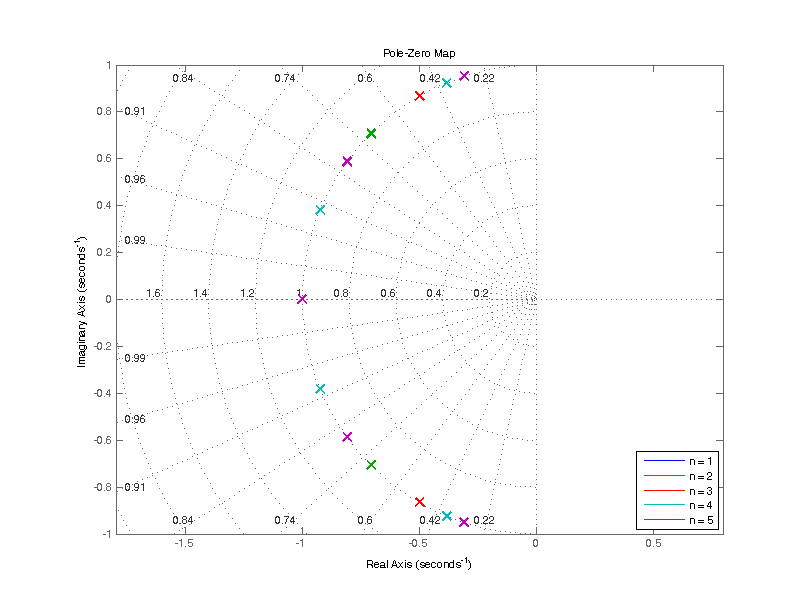 The location of the poles for prototype filters of orders 1 through 8 is shown in the table below.

The damping factor of a complex pole pair is the following,

For the case that n is odd, an addition pole on the negative real axis at \(-\omega_c\) is added.

For example, the transfer function of a 7th order prototype filter with cutoff frequency \(\omega_c=1\), is the following

An 8th order prototype filter with cutoff frequency \(\omega_c=1\), is the following

The butterworth filter does not have the sharpest transition from passband to stopband in contrast to some filters like a Chebyshev or an elliptic filter, but it is maximally flat in the passband. The magnitude and phase response of various prototype filters ranging from 1st order to 5th order is plotted below. 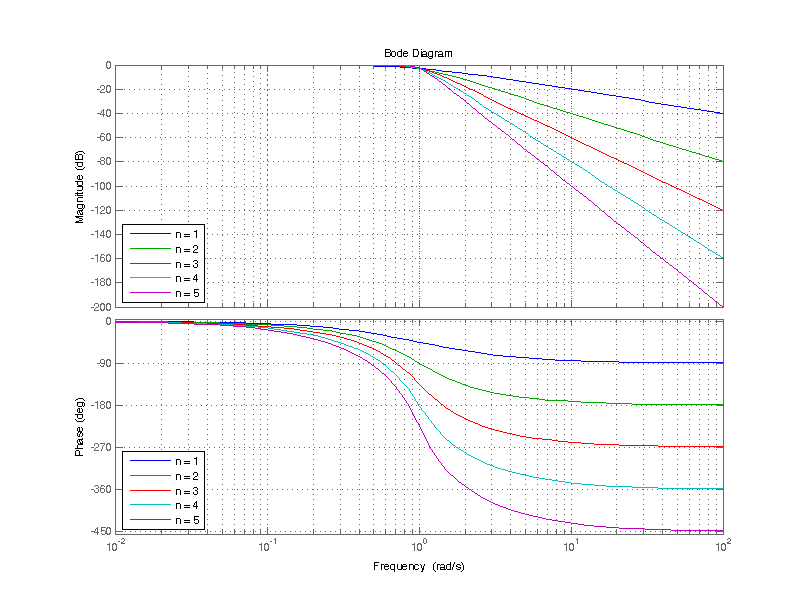 One of the most important attributes of a butterworth filter is difficult to observe on a log plot, that is that its flattness improves with filter order. A linear plot of the magnitude response near the corner frequency \( \omega_c =1 \) is shown below. 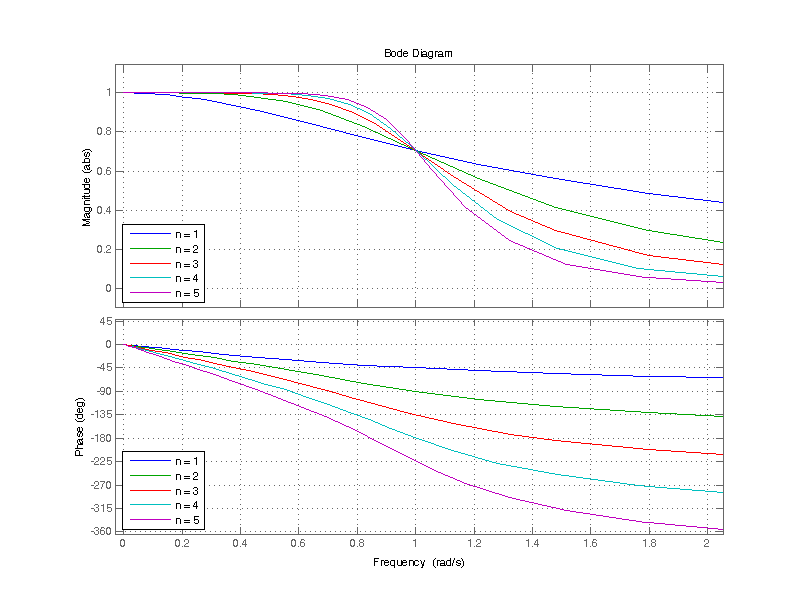 The step-response to a unit input step for prototype filters of orders 1 through 5 is shown below. 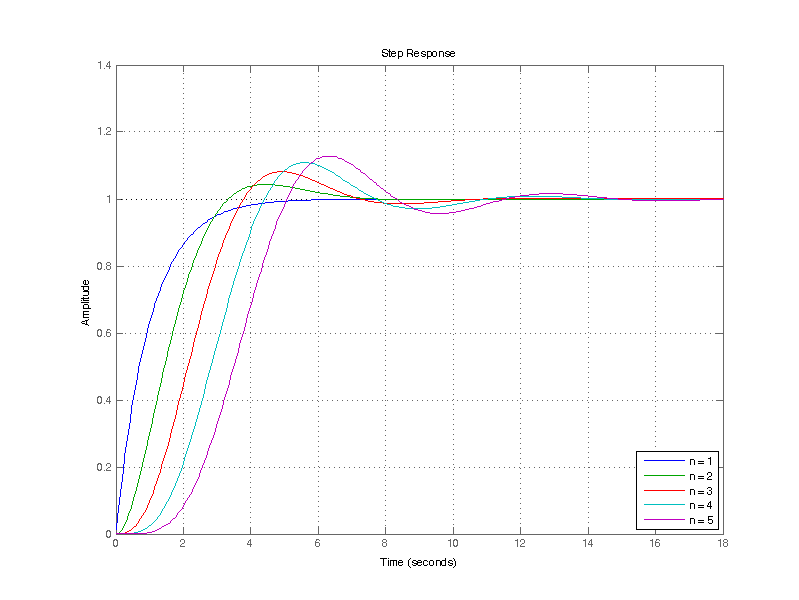 For the filter with 5th order, the least dampened complex pole-pair is (-0.3090 ± 0.9511j) with a corresponding Q of 1.62. The settling time is reflective of this pole’s Q, which requires approximately 1.6 cycles to decay to 0.2% of the peak oscillatory energy. In contrast, the highest Q pole of 20th order Butterworth filter, has a Q of 6.4.

Butterworth also showed that the coefficients can be calculated iteratively for the prototype case of \( \omega_c = 1\). The polynomial which satisfies the pole locations of a butterworth filter is as follows