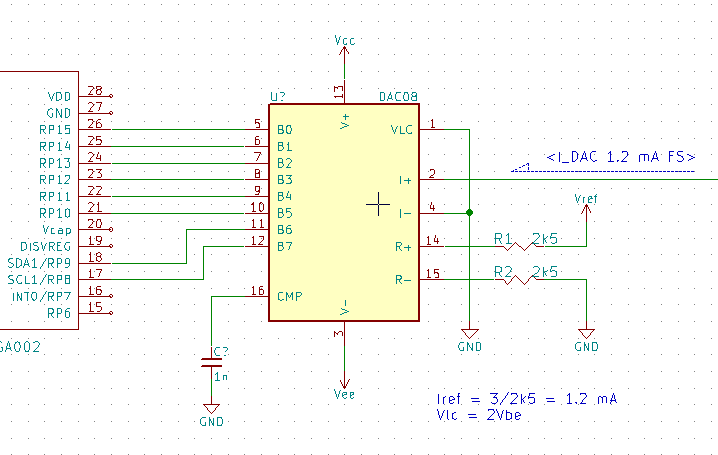 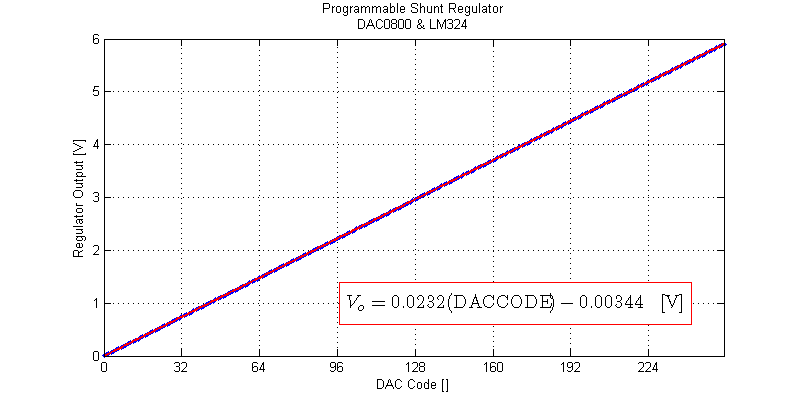 The integral non-linearity of the system is determined as the residual form a least-squares fit of a first order function. The plot below depicts the system INL, the magnitude is normalized to LSBs. 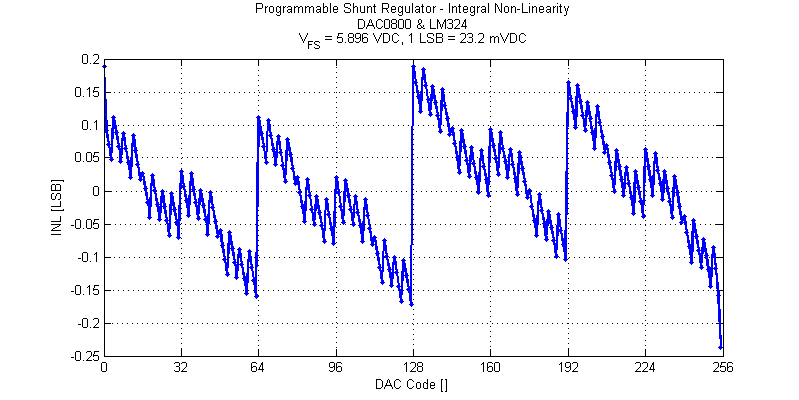 DNL of the system is measured as the difference from 1LSB at each code step. 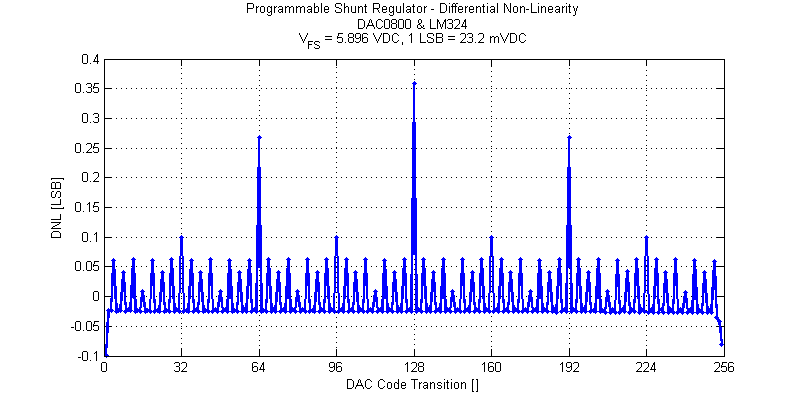